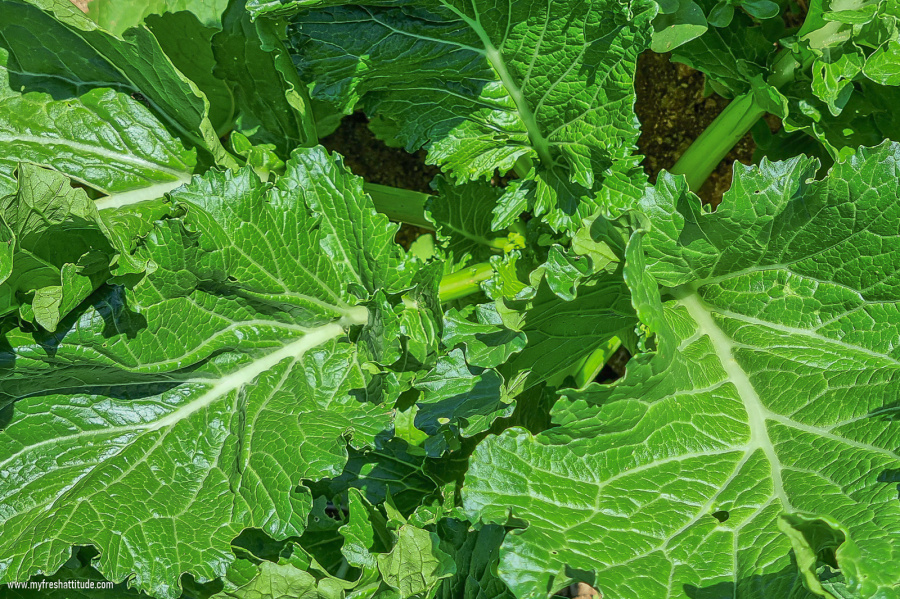 This is not everyone’s favorite green vegetable.  I think it suffers from a lack of understanding of how to cook and properly season it to balance its inherent bitterness.

Broccoli rabe belongs to the general broccoli family, which includes common broccoli, thin broccolini or sprouting broccoli. The two latter varieties don’t form a dense head, but rather slim stems, shoots, small leaves and few loose florets at the head. Broccoli rabe is more robust and turnip-like. It has lots of large leaves, a thicker stem and a few florets clumped together toward the stem-end of the plant. It is very popular in southern Italian cuisine, where cima di rapa (also sometimes called rapini) is often found in pasta, risotto and vegetable side dishes…or even as part of a pie filling. And the Italians have figured out something very important – the bitterness is often tamed with salt, fat and hint of chili pepper.

Season: Broccoli rabe is found in supermarkets or farmer’s markets more easily during winter, although there are also summer varieties that may appear during warmer months. There are two peak buying times – once from late summer to early fall, and another occurring during late winter and early spring.

Selecting and Storing: Like any member of the general broccoli family, look for bunches that have a deep green color. Avoid anything with yellow leaves or flowers. The stalks should be firm and without hollow centers. Any flowers should appear in tight clusters without opened buds.

Storage is simple and straight forward. I wrap the broccoli rabe loosely in a paper towel and place it in a loose plastic bag. Keep refrigerated for 2-4 days.

Preparing and Cooking: Broccoli rabe can be sautéed, steamed, braised, roasted or boiled. It works especially well as an ingredient for pasta or risotto. Pair with a fruity extra virgin olive oil, chili peppers and lemon. Season well with salt to balance the bitterness. Separating the large leaves from the stems is not necessary. I simply chop the bunch, beginning at the stem-end with thinner cuts and working my way up the stem and increasing the width of my cuts. This is my preferred method when I blanch broccoli rabe for 2-5 minutes.

Nutritional Info: Broccoli rabe has high amounts of vitamins A & C. It is also a good source of Riboflavin, Calcium and Iron.

I generally begin all preparations of cima di rapa by blanching the chopped-up bunches first. I don’t bother separating the leaves and stems, I just begin with cuts about 1-cm (1/2-inch) toward the stem-end and increase the size of cuts to roughly 2-cm (1-inch) as I move up the stem. I bring a pot of water to a boil, then add enough salt to the water to get it to taste a bit like the sea. I add all the chopped broccoli rabe to the boiling water, give it a quick stir, and cook it for 2-5 minutes. I like to taste a thicker part, which should be softened but not mushy. I drain the broccoli rabe and either cool it rapidly in a bowl of ice water or put it in a large pot with some extra virgin olive oil, garlic slices, chili pepper and a good squeeze of lemon or just the grated zest. At this point, the vegetables are ready for a pasta dish or to be combined with risotto as it cooks (add it toward the end of cooking the risotto to prevent overcooking. 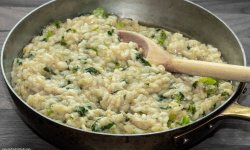 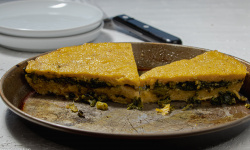 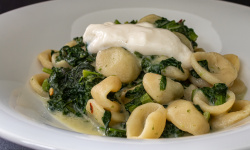